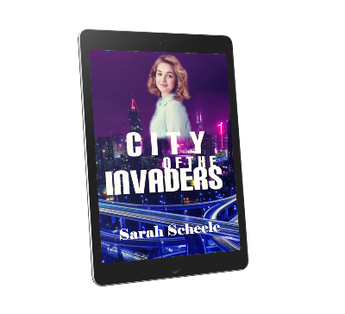 My name is Katia. I’m the one who doesn’t fit in.

It’s 2335 and people on Earth have been fighting in two clans for centuries. We’ve got colonies all over the solar system now—you know, those cities on Mars people have been planning to build like forever? I wish I had been born out there because they have no fighting between two groups that are essentially identical and won’t admit it. True, EC can read and don’t handle technology and for the Invaders it’s the opposite. But that's just a cosmetic difference over two sides who are similar in every other way. If you say that, though, you'll get in big trouble.

I don’t live in one of those outer-space colonies. I live on Earth. And in the portion of Earth where I live, the former imperial regions, everybody is EC or Invader. Except me. Did you notice I haven’t told you which one I belong to? That’s right. Because I belong to both of them. And that means I really belong to neither. I’m the “weird kid.” The outcast. The one who does everything wrong.

I'm not sure if they think getting involved in gangster politics and accidentally wrecking the opening night of a theater production counts as wrong. But that isn't going to keep me from doing it.
Visit Bookstores