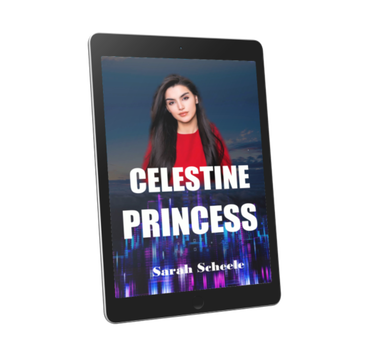 My name is Arielle. I’m the one who doesn't like people who can't fit in.

Even when I'm one of them. In Dorilantz the conflict between the EC and Invaders isn’t a circular rigmarole between similar factions. It’s war. War on my village and my family, in particular. Which turns into a war on me.

You think I’m being angsty, don’t you? It can’t be that bad, you say. I’m exaggerating. But after a masked leader of the Invaders kidnaps you and forces you into a ritual of being shamed and mocked and yelled at over nothing, it’s hard not to draw your own conclusions. He’s out to get me. And he sure likes to tell me what to do.

He's terrifying. Everyone is so afraid of him they can barely speak in his presence. He carries a big heavy metal stick and he’ll hit you on the head with it too. And he used to be EC, it seems. When two girls from Palladia, named Katia and Consuela, came to help me, I learned the danger from The Man isn’t that he wants to hurt me. It’s that I could so easily become just like him. The line between EC and Invader was always murky—and it has never been thinner than now.
Visit Bookstores