A friendly old woman; a hostile old friend; and a fearless tomboy stuck in the middle 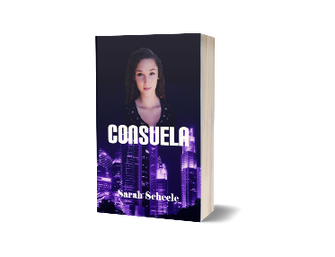 Amazon, Ibooks, Kobo, & More
Consuela is a comedy-adventure story set in a dystopian future world. It is the second part of a Duology about the civilization of Palladia in the 24th century. This story uses new characters to broaden the vision of the EC of Wyncon past the first book and centers on an old EC woman named Miss Plummer who has developed an itch for exploration. Along with her team of 3 friends—shy Amy, flamboyant Rachel, and bookish, amusing Rena—she travels into the neighboring country of Belaria. Once there, she has to rely on a last-minute addition to her group, a highly opinionated young Invader girl named Consuela, to help extricate her from a maze of startling politics that descend without warning. The leader of the Talvira city-state is out to get the EC—and Miss Plummer is shocked to find her supposed old friend Mr. Lazeemboi seems out to get her!​​​​​​​

​Dystopian. 195 pages
​​
Although this is is the second part of a series, it is only loosely connected to the first book and can easily be read independently.