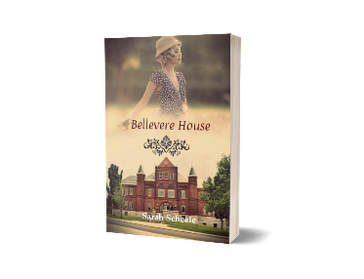 amazon, ibooks, kobo, & more
Bellevere House is a work of literary women’s fiction set in the United States during the 1930s. It is loosely based on Jane Austen’s Mansfield Park and was written for an Austen-themed collection. The central character, Faye Powell, is a Cinderella figure living with her unusually wealthy relatives, the Havertons. Her Haverton cousins don’t share the experiences of most people at this time because of their father’s affluence and though Faye is grateful to her dignified aunt and uncle, she isn’t shy about noticing when they are out of touch. An aging power structure based on old relationships between middle-aged people dominates the lives of Faye’s friends, whose exuberant behavior conceals how scripted their lives really are. But a hasty engagement based on finance, a chic brother and sister who are related to the new pastor’s wife, and a mysterious British journalist do a lot to shake things up. All of which Faye notices, of course.