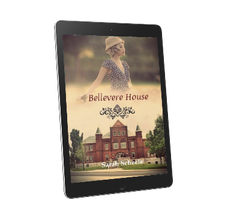 Bellevere House is an update of Mansfield Park set in the 1930s. It’s FDR’s vintage era and Faye Powell isn’t quite as socially vulnerable as the original heroine, Fanny Price. But her situation is in many ways the same as she holds independence from bad messages that permeate her adoptive family. Her complacent aunt and uncle are clueless targets for flattery and her aggressive cousins form wince-worthy, failed romances at every turn. Their actions leave Faye completely frustrated because she was taken into their family at a young age and she cares deeply about Bellevere and its people. She wishes they could be better—but the Havertons prefer to dance in convoluted circles of greed and flirtation to increase their importance. Ed Haverton, her cousin’s half-brother, assumes Faye is pursuing him and showers attention on newcomer Helene under a belief this will matter to Faye. But as the Carter siblings swell the Haverton imperfections to a blistering, popping head, Ed starts to turn towards the light a little bit. And perhaps one day everyone attached to the smooth green lawns and pretty architecture of Bellevere House will be the better for having been exposed.
​​
General Fiction. Part of a series called The Vintage Jane Austen.
visit retailers 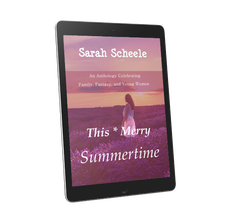 This Merry Summertime is an inspirational collection of funny short stories that explore the theme of finding acceptance in the world. Through seven brief humorous skits that exhibit gentle sarcasm in genres ranging from silent film to paranormal romance, Shakespearean comedy, and romantic fantasy, young women in particular along with a healthy dose of men, women, and teenage boys try to figure out what their unique path in life might be. With a lack of perfection in the journey, of course! There are wildly silly popular types (Sarcophagus; The Destiny of Princes); shy and underrated heroines (Ella Substituted; A Matter of Life and Hair) and ambitious people who have their hearts set on specific goals (In the End the Story Ended; Movies at the Beach; Everwood.) Beneath three cases of mistaken identity; some long Rapunzel-type hair that has become a fire hazard; a war between mummies, vampires, and teenagers; and a royal argument over fashion--there is an underlying tone of wistfulness and an acknowledgment of the hard-won nature of personal identity.
​
Young Adult Fiction. Literary Fiction. 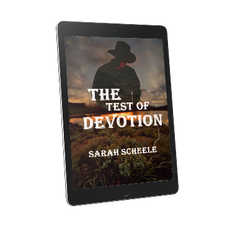 The Test of Devotion is a short western novel about healing and redemption. Second chances and happily ever after get a rugged makeover against the backdrop of Texas in the 1850s. Teenage Viajero has always grown up confident in his abilities—the child of an outlaw, he knows the ins and outs of the west like the back of his hand. But he gets quite a bit more than he expected when he chooses easterner Henry Trevalyn as someone he wants to help. Henry has come to Texas looking for his former fiancé, who moved away after she believed him dead. When it appears that the missing Arabella has gotten herself into quite a predicament, Viajero finds that enigmatic and critical Jenny Forsythe will be his best bet for assisting Henry. She seems to disapprove of Viajero—sometimes trust and respect can be as hard-won as the West itself. And when it comes to exposing the schemes of Arabella's husband to the Governor himself, they’ll have an uphill battle even when Jenny decides to cooperate. 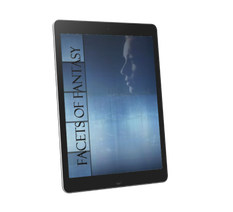 Facets of Fantasy is a set of three novellas in the epic fantasy (Halogen Crossing); space fantasy (Jurant), and medieval fantasy (The Amulet of Renari) subgenres. They use the rich, broad-reaching elements of fantasy to explore three kingdoms, a different one for each story, that are grand, opulent, and majestic. But they are also dark places with very old secrets buried from the past—secrets that should have been remembered and weren’t. Now each locale—the regal palace of Niferna, the decaying gardens of Vailsgabel, and the cold, dignified halls of Jurant Military School—is haunted by realities that will seize the unsuspecting people who stray into them. Which, in the case of over-curious Karl, rebel Don, and renegade Juranai means people who cannot seem to sit still. Always restless, they stir things up, ask questions, and generate rebellions. And considering the places they live, it won’t be long before they are grappling with poisonous death and unexpected resurrection.